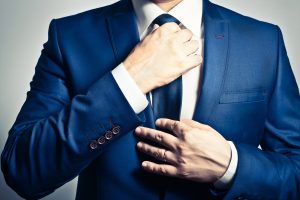 Client was wrestling with a big decision about moving to a big four firm as a partner. Having helped him make the transition, we developed his ability to manage and align his new team. This included team assessment, identifying the critical path to success and encouraging successful member collaboration, behaviours and values within a strategic framework for change.

We agreed key personal goals focussing on people development and working effectively as a consultant to senior partners. His ultimate objective to leave the firm and set up independently was realised considerably sooner than he had planned.

“Quite simply, I have made considerable progress in both my career and other business goals since we first started working together, and I continue to look forward to our monthly sessions. You ask me questions and challenge me in ways that are different to day to day conversations. The focus is all on me!”

Private Equity Investment Director frustrated by lack of personal or team objectives. Client felt trapped in role, with no prospect of career advancement. Certain aspects of his job had become “a very painful exercise”. He felt isolated, unchallenged and unsupported, and realised that insufficient foundations were being laid down to build a decent pipeline. The fund had become effectively dormant and out of touch with the market.
Following his programme of just four 3-hour sessions, the client reported the following change:

“I felt stuck in my role which I believed offered limited prospects for self-development. Rob was instrumental in unlocking this situation. We spent time understanding my situation, and then explored potential solutions.

The key was to regain confidence through experimentation, which led me to develop new approaches to widen my network, improve the quality of my interactions and proactively generate investment opportunities.

The resulting change of attitude has since been noticed by colleagues, and greatly helped better position my career.” 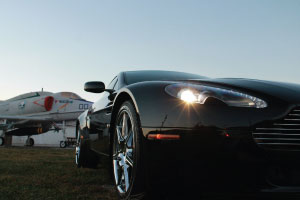 Client was referred. He was an ambitious partner in a London PE firm who was frustrated with his career progression. He became a personal coaching client over the next three years.

After a year, the emphasis focused on becoming an entrepreneur, which at the time was a considerable personal leap. Now feeling confident and empowered, the client committed to move abroad and set up his own investment business in Singapore.

“Rob provides an unusual combination of creativity, a deep understanding of various business situations, ‘personability’ and a focus on results. It is a pleasure to work with him, and is a clear route to development – both on an individual basis and from a corporate standpoint” Serial entrepreneur referred by his Accountant.

Had bought out his partner but was lacking motivation to drive the business forward as it “didn’t feel right”. A perfectionist by nature, he was uninspired by the business. Despite notable success, he didn’t feel like a successful entrepreneur.

Having coached this client for three years, the results were particularly satisfying, both for Rob and for the client. He went on to sell the company for £7m+ – a 700% return in three years.

“The sessions are extremely valuable in focussing my thoughts and clarifying decisions that are impacting on the strategy of the company. The sessions test my thinking and how I approach the demands of running a growing sales and technical operation, plus solving people and business issues through effective problem solving. In addition, it has helped me personally become happier/more motivated, as I have addressed some long standing ‘burning issues’ and minimised them.”

“Rob is one of the best Coaches it has been my pleasure to work with. His laid back style is deceptive as he can help you quickly get to the root cause of an issue. Apart from this his relaxed, friendly and casual style allowed me to relax and feel very comfortable.

I would recommend Rob to all those looking for a coach or looking to increase their own coaching skills.”

“Rob helped me navigate through a tricky stage in the organisation where we upped the performance of the business in readiness for exit.

After the sale of the Phadia business to Thermo Fisher, Rob helped me step into the new organisation where I now manage some of the most strategic customers and lead the UK commercial team in a business worth $400 million US.”

“Rob is an exceptional coach. He combines a friendly approach with a razor sharp focus. I have thoroughly enjoyed working with him and was impressed by his results”

“A lot of it is down to chemistry and fit. In this case, the fit is excellent and I am delighted to have Rob as my coach moving forward.”

For more testimonials from clients see my LinkedIn profile.

This website uses cookies to improve your experience while you navigate through the website. Out of these, the cookies that are categorized as necessary are stored on your browser as they are essential for the working of basic functionalities of the website. We also use third-party cookies that help us analyze and understand how you use this website. These cookies will be stored in your browser only with your consent. You also have the option to opt-out of these cookies. But opting out of some of these cookies may affect your browsing experience.
Necessary Always Enabled
Necessary cookies are absolutely essential for the website to function properly. This category only includes cookies that ensures basic functionalities and security features of the website. These cookies do not store any personal information.
Non-necessary
Any cookies that may not be particularly necessary for the website to function and is used specifically to collect user personal data via analytics, ads, other embedded contents are termed as non-necessary cookies. It is mandatory to procure user consent prior to running these cookies on your website.
SAVE & ACCEPT